They say we’re in a rental crisis. They say that it is a recent development. But this rental crisis has been growing for decades. We are now looking past the crisis and into the rental collapse. Through it all numerous state governments have done little for tenants outside of empty platitudes and insulting do-nothing reforms.

This proud tradition of feigning concern while doing nothing will continue this October, with the government announcing a housing summit on October 20th to "address the urgency around multiple housing issues."

The government was quick to point the finger at unforeseeable under-supply as the root of the crisis during the summit's announcement. In her announcement speech premier Palaszczuk attempted to blame a “compounding set of circumstances including massive population growth, supply chain and workforce restraints and multiple weather events (which) have created a housing challenge”.

The current rental crisis is no unforeseeable accident or the result of an unfortunate confluence of events. Queensland's population has been growing at a rate above the rest of the country for a long time. The knowledge that extreme weather events would become more frequent is not news either. Conditions have been slowly deteriorating for tenants in QLD for decades. The long-term gutting of public housing has left tenants with no viable alternative to the private rental market. With homeownership becoming increasingly out of reach for many renters, landlords and the real estate industry's power over tenants has grown as our options have shrunk. This has resulted in worsening conditions, less security and rising rents.

The point is that this crisis is not new; it is neither a surprise nor an accident. This is a man-made crisis developed over decades, caused by the greed of capitalists, property investors and landlords, with the backing of consecutive state and federal governments. The roll-back of public housing and the deteriorating conditions for renters is in itself part of the ‘neo-liberal counter-revolution’ that began in the early 1980s. This capitalist reaction, born from the inability of a strong working-class to fully rupture with capital, has resulted in a shattered labour movement, falling wages, and skyrocketing rents.

In this sense, we can view the concurrent rental and inflation crises as one and the same - crises brought about by capitalism and an excuse for the ruling classes to increase their wealth at our expense.

Throughout this forty-year crisis for the Australian worker we have been consistently sold out at every turn. ‘Leftist’ politicians, union bureaucrats and NGO ‘activists’ have all made themself indispensable to capitalism, winning a seat at the table of governance by selling the guarantee that they’ll keep the exploited and oppressed in a state of pacification.

The tenant’s struggle has often been sidetracked by lobbying, calls to elect the right set of politicians and the NGO siren call of ‘messaging’, ‘talking policy’ and ‘winning a seat at the table’. These promises have led us to an unprecedented crisis for tenants. Our only path out of this crisis and towards true housing justice is to reject these siren calls and return to direct collective struggle.

Since its formation last year, the South East Queensland Union of Renters (SEQUR) has been at the forefront of the housing struggle in our region. SEQUR (of which I am a member) has consistently shown its commitment to member democracy, organising tenants around shared class interests and the central importance of direct collective struggle. 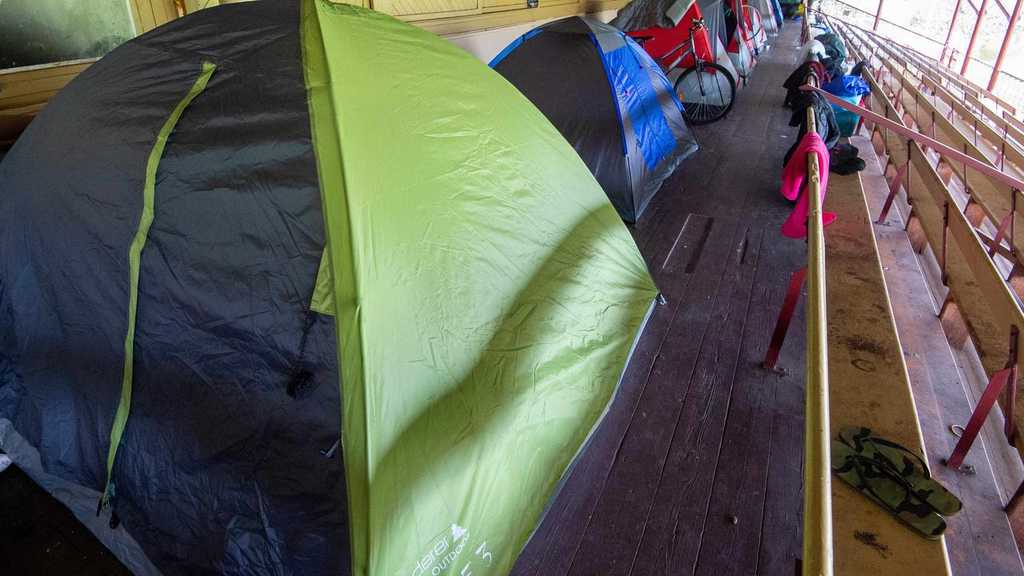 While politicians, landlords and organisations such as the Master Builders Association that have vested interests in property congregate to discuss the crisis for which they are the root of cause, SEQUR has announced a protest of the governments sham housing summit, alongside a public meeting to allow tenants to collectively discuss their issues and the solutions they envision as tenants. Renters know perfectly well what would improve their lives: lower rent, more secure leases, and, ultimately, the right to call their house a home. These are precisely the things which those with “a seat at the table” will be fighting tooth and nail to deny us.

So what can we expect from a housing summit made up by the Real Estate Institute of Queensland (peak body of the real estate industry), the Master Builders Association, the Property Council of Australia, a slew of landlord politicians and a few dispersed NGO representatives? This should come as no surprise but we anticipate that all of these actors with a vested interest in profiting from property investment and rents will continue to act in their class interests - by exploiting and oppressing tenants!

The REIQ has long argued that renters have too many protections that force landlords to sell up and the number of rental homes to drop. So let's strip even more protection from renters to help the landlords out! The Master Builders Association will surely point the blame at their eternal enemy the CFMEU and workers demanding a good wage, so let's smash the union and lower wages and working conditions to get more properties built! And of course all bodies involved will be looking to make it easier for the very rich to buy up homes without paying tax - that’ll help the poor downtrodden renters!

What do all of these solutions favored by property interests have in common? They are bloody useless for solving a single issue facing tenants, but absolutely great for the rich getting richer! The only thing that can solve the housing crisis is putting housing needs ahead of profits - something which a summit composed largely of landlords and business interests is fundamentally opposed to.

As SEQUR states in their protest announcement, “This summit is a farce… The conditions for tenants will not be improved by a summit of politician landlords, the REIQ, the Master Builders Association and other business interests. Our conditions are only going to improve because we’ve fought for them. And fighting is exactly what we intend to do”.

As socialists we couldn’t agree more. For far too long the exploited classes have looked to saviors, be it in the form of politicians, NGO professionals or activists. As tenants, we are setting ourselves up for disappointment if we expect even a single improvement to our living conditions to be bestowed upon us from on high. Real change is born from a mass movement. Every mass movement starts somewhere. Join us on the 20th of October and add your strength to this one.

What: Protest the Landlords Housing Summit
When: Thursday 20th of October